Women and Literary Celebrity in the Nineteenth Century

The Transatlantic Production of Fame and Gender 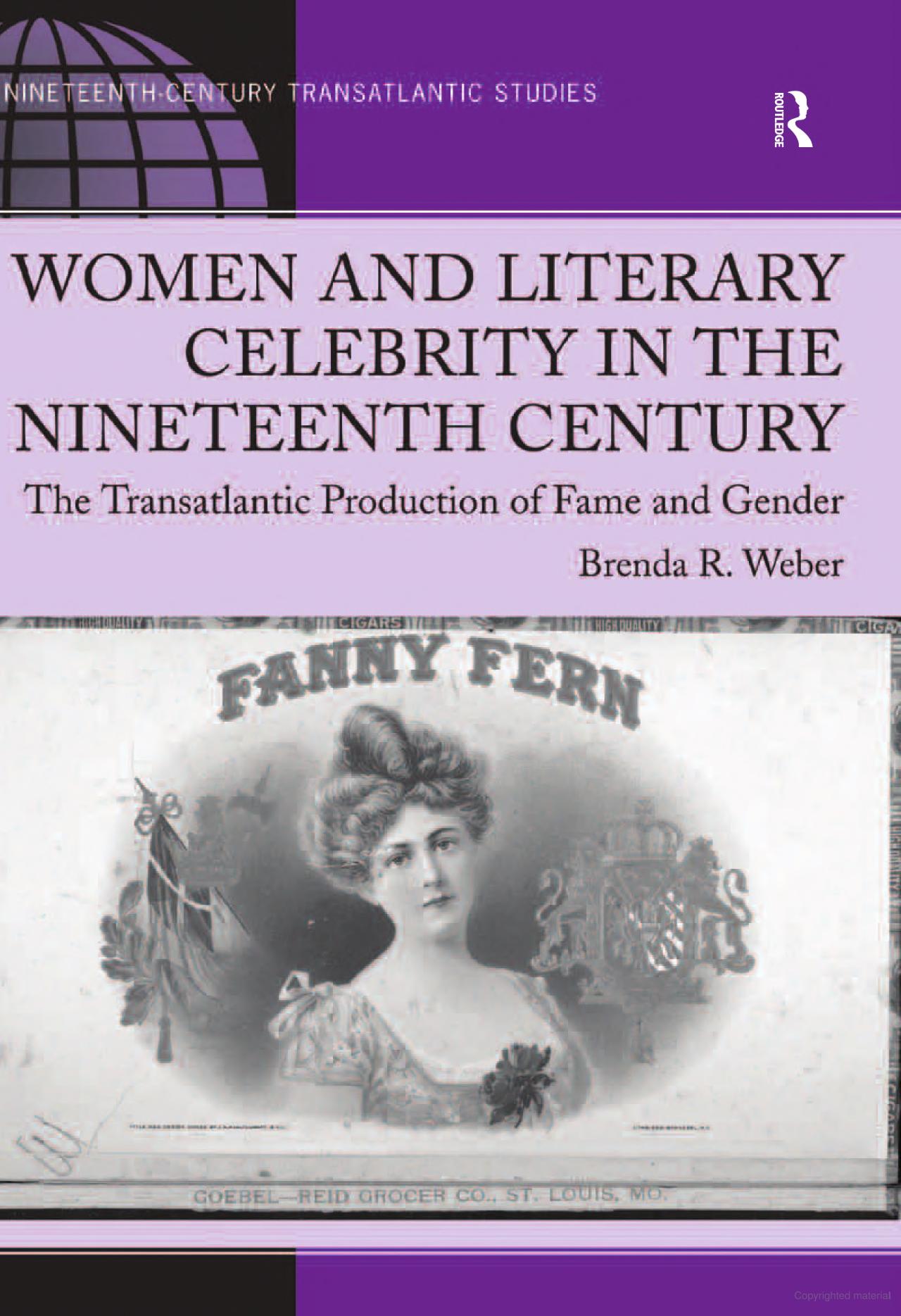 Focusing on representations of women's literary celebrity in nineteenth-century biographies, autobiographical accounts, periodicals, and fiction, Brenda R. Weber examines the transatlantic cultural politics of visibility in relation to gender, sex, and the body. Looking both at discursive patterns and specific Anglo-American texts that foreground the figure of the successful woman writer, Weber argues that authors such as Elizabeth Gaskell, Fanny Fern, Mary Cholmondeley, Margaret Oliphant, Elizabeth Robins, Eliza Potter, and Elizabeth Keckley helped create an intelligible category of the famous writer that used celebrity as a leveraging tool for altering perceptions about femininity and female identity. Doing so, Weber demonstrates, involved an intricate gender/sex negotiation that had ramifications for what it meant to be public, professional, intelligent, and extraordinary. Weber's persuasive account elucidates how Gaskell's biography of Charlotte BrontÃ« served simultaneously to support claims for BrontÃ«'s genius and to diminish BrontÃ«'s body in compensation for the magnitude of those claims, thus serving as a touchstone for later representations of women's literary genius and celebrity. Fanny Fern, for example, adapts Gaskell's maneuvers on behalf of Charlotte BrontÃ« to portray the weak woman's body becoming strong as it is made visible through and celebrated within the literary marketplace. Throughout her study, Weber analyzes the complex codes connected to transatlantic formations of gender/sex, the body, and literary celebrity as women authors proactively resisted an intense backlash against their own success.