Celebrity, cellulite, and the sliding scale of sanity 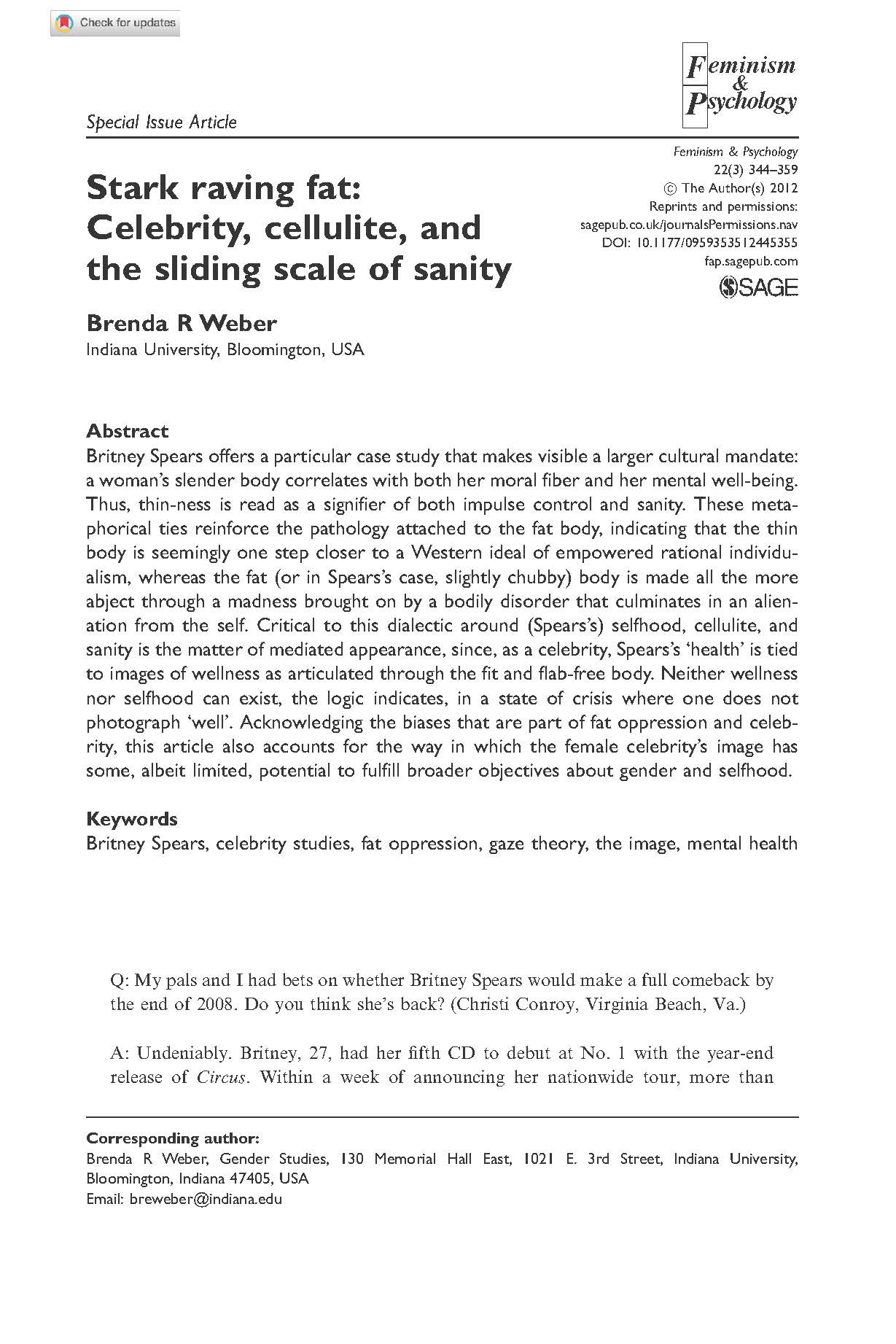 Britney Spears offers a particular case study that makes visible a larger cultural mandate: a woman’s slender body correlates with both her moral fiber and her mental well-being. Thus, thin-ness is read as a signifier of both impulse control and sanity. These metaphorical ties reinforce the pathology attached to the fat body, indicating that the thin body is seemingly one step closer to a Western ideal of empowered rational individualism, whereas the fat (or in Spears’s case, slightly chubby) body is made all the more abject through a madness brought on by a bodily disorder that culminates in an alienation from the self. Critical to this dialectic around (Spears’s) selfhood, cellulite, and sanity is the matter of mediated appearance, since, as a celebrity, Spears’s ‘health’ is tied to images of wellness as articulated through the fit and flab-free body. Neither wellness nor selfhood can exist, the logic indicates, in a state of crisis where one does not photograph ‘well’. Acknowledging the biases that are part of fat oppression and celebrity, this article also accounts for the way in which the female celebrity’s image has some, albeit limited, potential to fulfill broader objectives about gender and selfhood.