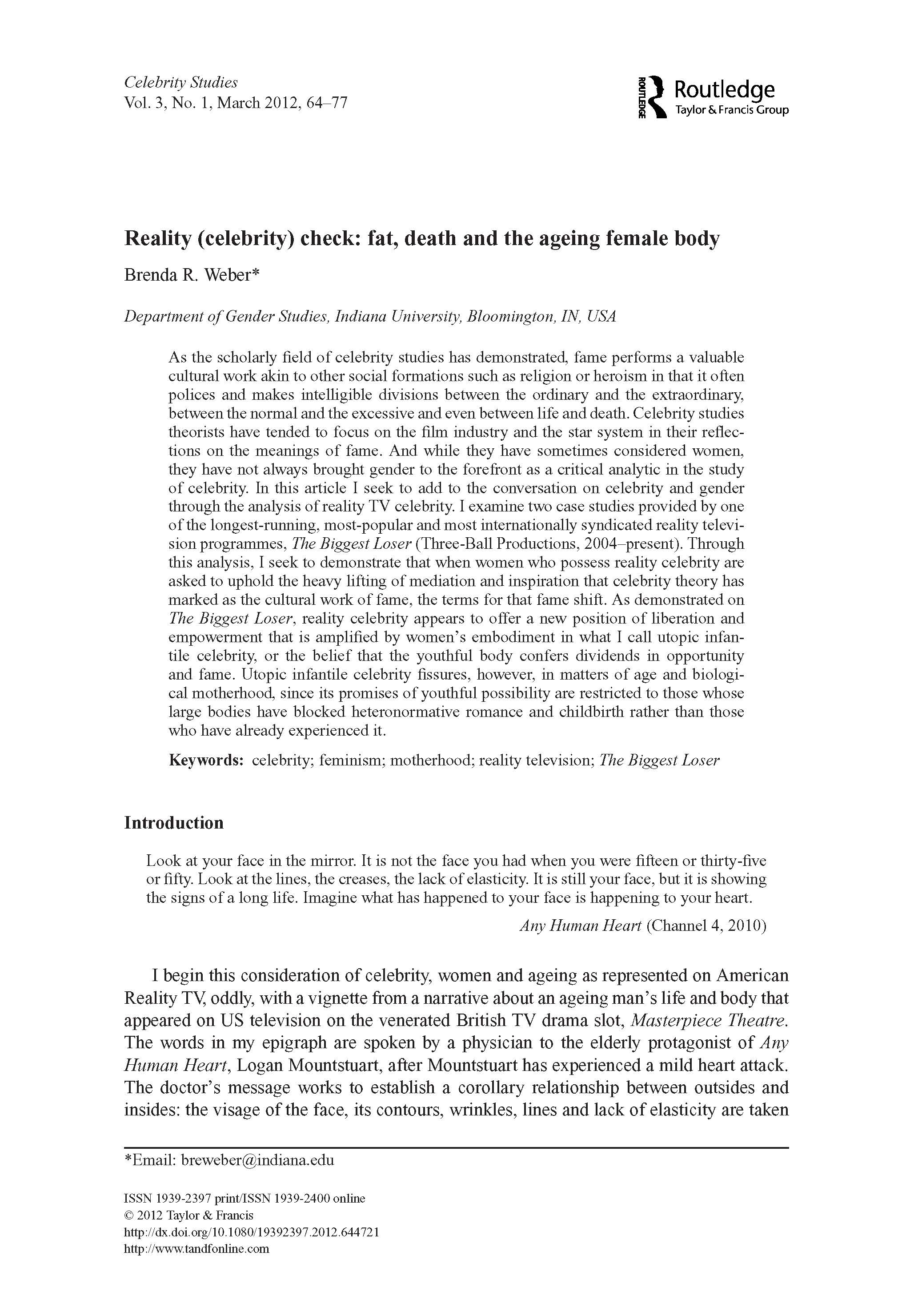 As the scholarly field of celebrity studies has demonstrated, fame performs a valuable cultural work akin to other social formations such as religion or heroism in that it often polices and makes intelligible divisions between the ordinary and the extraordinary, between the normal and the excessive and even between life and death. Celebrity studies theorists have tended to focus on the film industry and the star system in their reflections on the meanings of fame. And while they have sometimes considered women, they have not always brought gender to the forefront as a critical analytic in the study of celebrity. In this article I seek to add to the conversation on celebrity and gender through the analysis of reality TV celebrity. I examine two case studies provided by one of the longest-running, most-popular and most internationally syndicated reality television programmes, The Biggest Loser (Three-Ball Productions, 2004–present). Through this analysis, I seek to demonstrate that when women who possess reality celebrity are asked to uphold the heavy lifting of mediation and inspiration that celebrity theory has marked as the cultural work of fame, the terms for that fame shift. As demonstrated on The Biggest Loser, reality celebrity appears to offer a new position of liberation and empowerment that is amplified by women's embodiment in what I call utopic infantile celebrity, or the belief that the youthful body confers dividends in opportunity and fame. Utopic infantile celebrity fissures, however, in matters of age and biological motherhood, since its promises of youthful possibility are restricted to those whose large bodies have blocked heteronormative romance and childbirth rather than those who have already experienced it.