Evolution’s Empress: Darwinian Perspectives on the Nature of Women 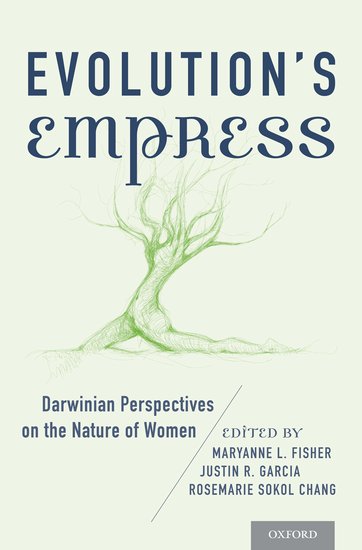 Over the last decade, there has been increasing debate as to whether feminism and evolutionary psychology can co-exist. Such debates often conclude with a resounding "no," often on the grounds that the former is a political movement while the latter is a field of scientific inquiry. In the midst of these debates, there has been growing dissatisfaction within the field of evolutionary psychology about the way the discipline (and others) have repeatedly shown women to be in passive roles when it comes to survival and reproduction. Evolutionary behavioral research has made significant strides in the past few decades, but continues to take for granted many theoretical assumption that are perhaps, in light of the most recent evidence, misguided. As a result, the research community has missed important areas of research, and in some cases, will likely come to inaccurate conclusions based on existing dogma, rather than rigorous, theoretically driven research. Bias in the field of evolutionary psychology echoes the complaints against the political movement attached to academic feminisms. This is an intellectual squabble where much is at stake, including a fundamental understanding of the evolutionary significance of women's roles in culture, mothering, reproductive health and physiology, mating, female alliances, female aggression, and female intrasexual competition.

Evolution's Empress identifies women as active agents within the evolutionary process. The chapters in this volume focus on topics as diverse as female social interactions, mate competition and mating strategies, motherhood, women's health, sex differences in communication and motivation, sex discrimination, and women in literature. The volume editors bring together a diverse range of perspectives to demonstrate ways in which evolutionary approaches to human behavior have thus far been too limited. By reconsidering the role of women in evolution, this volume furthers the goal of generating dialogue between the realms of women's studies and evolutionary psychology.