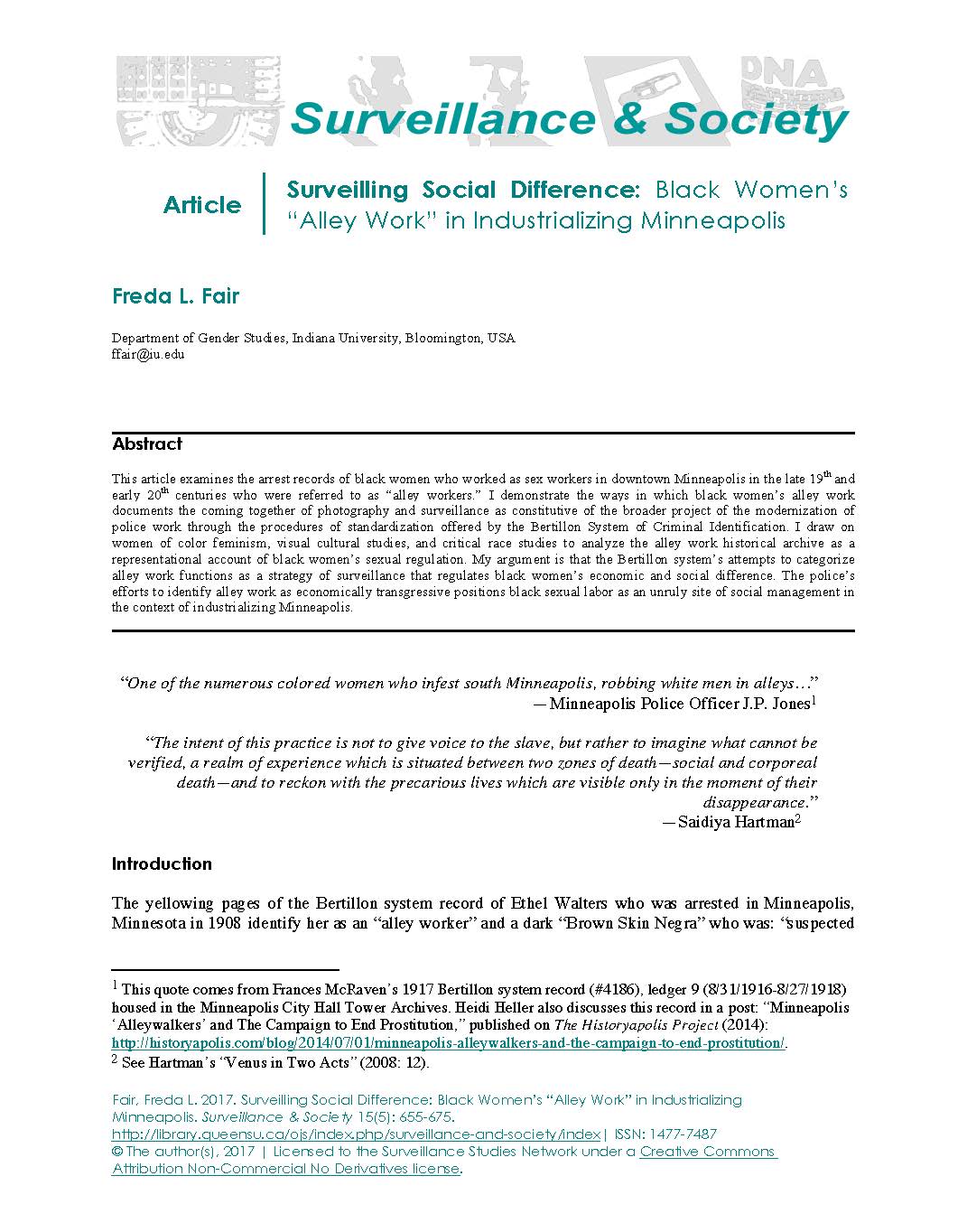 This article examines the arrest records of black women who worked as sex workers in downtown Minneapolis in the late 19th and early 20th centuries who were referred to as "alley workers." I demonstrate the ways in which black women's alley work documents the coming together of photography and surveillance as constitutive of the broader project of the modernization of police work through the procedures of standardization offered by the Bertillion System of Crimnial Identification. I draw on women of color feminism, visual cultural studies, and critical race studies to analyze the alley work historical archive as a representational account of black women's sexual regulation. My argument is that the Bertillion system's attempts to categorize alley work functions as a strategy of surveillance that regulates black women's econmoic and social difference. The police's efforts to identify alley work as economically transgressive positions black sexual labor as an unruly site of social management in the context of industrializing Minneapolis.