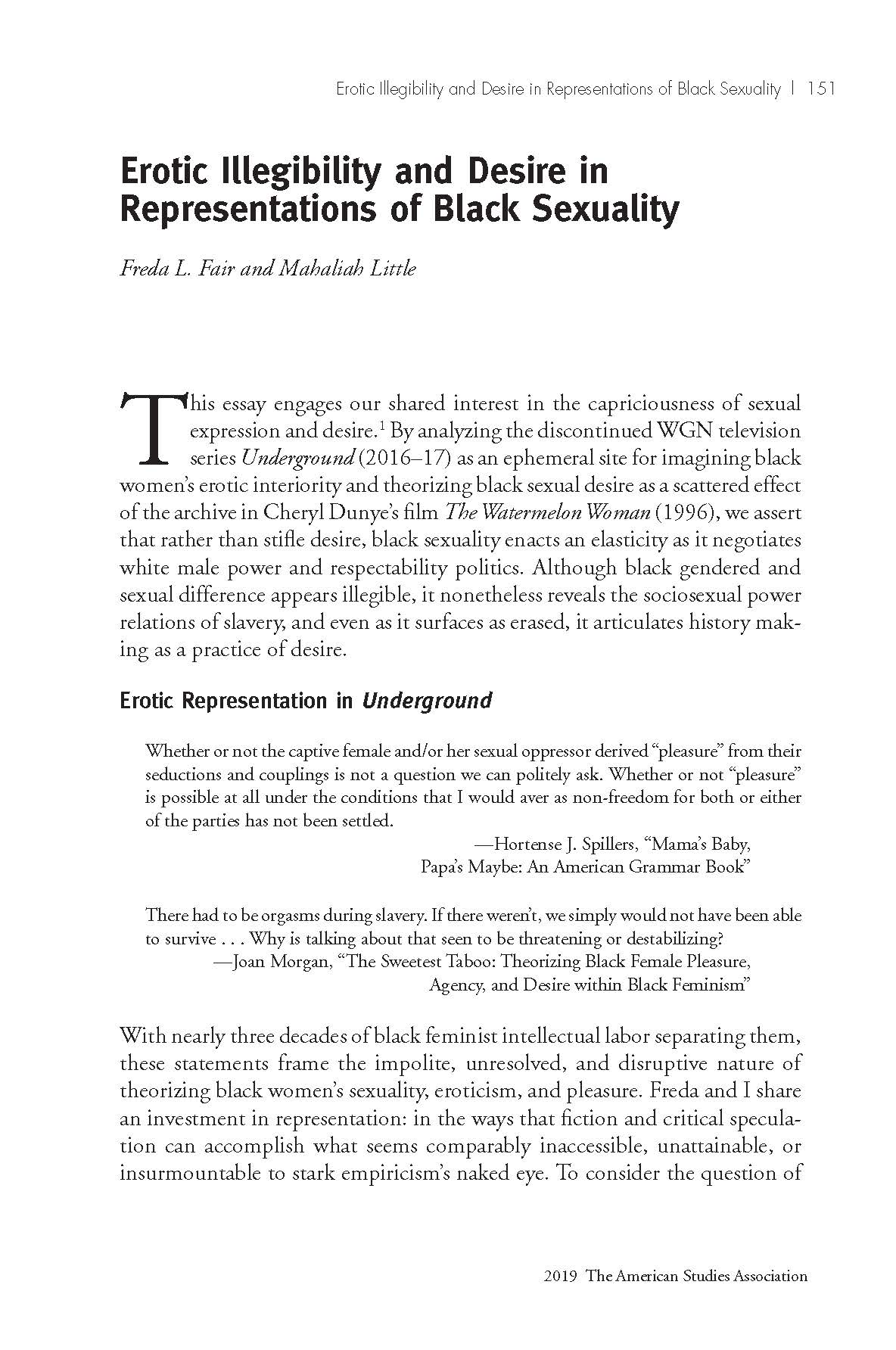 This essay engages our shared interest in the capriciousness of sexual expression and desire. By analyzing the discontinued WGN television series Underground (2016–17) as an ephemeral site for imagining black women’s erotic interiority and theorizing black sexual desire as a scattered effect of the archive in Cheryl Dunye’s film The Watermelon Woman (1996), we assert that rather than stifle desire, black sexuality enacts an elasticity as it negotiates white male power and respectability politics. Although black gendered and sexual difference appears illegible, it nonetheless reveals the sociosexual power relations of slavery, and even as it surfaces as erased, it articulates history making as a practice of desire.